Are you frustrated trying to teach school in a traditional way at home? Do your students have difficulty focusing and sitting still? Do you dread school time?

What Did My Son Enjoy?

Very early on I also became frustrated with homeschooling. I wanted homeschooling to be fun. I wanted to enjoy it. So with much enthusiasm and a startling dose of fear I asked myself two questions: What did my son enjoy? And what was easy and enjoyable for me? The answer was books. Real books, not the dry, unimaginative textbooks that come with sets of curriculum, but fun books from the library or bookstore that were written to engage, inspire and entertain children. Though he wouldn’t sit for workbooks, coloring books or sometimes even meals, my son would sit and listen me read 5 or 6 books in a row. So this is where I began.

Real Books…and Lots of Them

The following is a list of books (over 1,500, including some games and dvds) that I used for Kindergarten through 8th grade and that I highly recommend. I have chosen only the best and have organized them in what, I hope, is an accessible way. They represent hundreds of hours of research on my part, and thousands of hours of writing and drawing on the part of the authors and illustrators whose works are represented here.

Preface to the Second Edition

I have produced a second edition so soon after the first for a couple of reasons. The first edition was rather hurried and unplanned, in preparation for a talk I gave at the local charter school. It sort of grew into a book by accident as I gathered together the stacks of materials I had used with my son over the years and listed them on my laptop sitting in front of the fire on Sunday afternoons during the weekly football games. As I rushed it to the printers I was aware that several sections were sparse at best, and when I received the first box of books (on the day of the meeting — whew!) I became painfully aware that though I remembered to include a table of contents, I’d forgotten page numbers.

This edition remedies many of those problems. I have filled out some of the sparse sections (particularly modern history) and added over 400 titles in all. These include not only books, but games, puzzles, videos and music. I went back and listed new titles by authors who have continued to publish since my son and I enjoyed their work several years ago. I tightened up the format, fixed some glaring typos and, of course, remembered to add the page numbers. Although it could never be considered exhaustive (though it certainly has been exhausting) it is now, I hope, a more thorough and easy-to-use reference that will allow you to maximize and enjoy your homeschool time with your children. 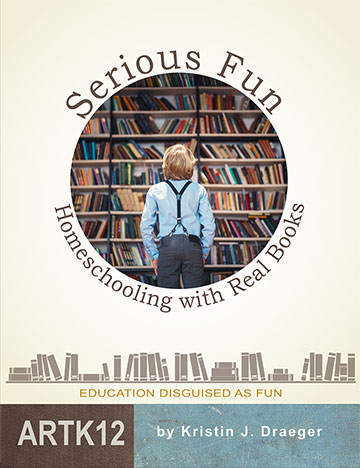